To organize the global transition of health care towards the prevention and eradication of today‘s most common diseases is not an easy task. But we can do it. Find out more here.

Call for ‘Movement of Life’

The Dr. Rath Humanities Foundation is a registered public charity under section 501(c)(3) of the United States Internal Revenue Code and is qualified to receive tax deductible bequests, devises, transfers or gifts under section 2055, 2106 or 2522 of the Code. The Foundation is the first non-profit organization that is fully committed to a transition of health care which is long overdue: Away from the multi-billion dollar investment business with diseases toward a prevention-oriented and community-based health care that aims at the eradication of today’s most common diseases.

The Dr. Rath Humanities Foundation promotes at the global level: 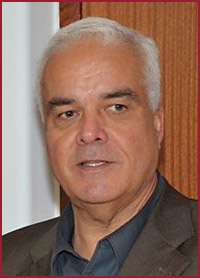 Dr. Matthias Rath, M.D. is an internationally renowned scientist, physician and health advocate. His scientific discoveries in the areas of heart disease, cancer and other diseases are reshaping medicine. He is the founder of Cellular Medicine, a groundbreaking new concept that identifies nutritional deficiencies at the cellular level as being the root cause of many chronic diseases.

Dr. Rath was a close research associate and personal friend of the late two-time Nobel Laureate, Dr. Linus Pauling. Shortly before his death in 1994, Dr. Pauling stated that Dr. Rath’s discoveries would eventually be seen as amongst the most important of the 20th century.

A member of the New York Academy of Sciences, the American Heart Association and other scientific organizations, Dr. Rath’s popular science books “Why Animals Don’t get Heart Attacks â€“ But People Do” and “Victory Over Cancer” have been read by millions of people worldwide and translated into over 14 languages. 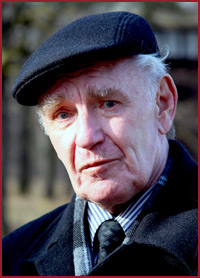 Born in Poland, he was deported to the Auschwitz concentration camp together with his mother and sister in 1944, after the fall of the Warsaw Uprising against Germans. In early 1945, he and his family were able to escape from the camp.

After the war Mr. Ulatowski studied law at the University of Warsaw. Mr. Ulatowski is a member of the International Auschwitz Committee, and President of The Association of Children of Former Prisoners of Nazi Concentration Camps. 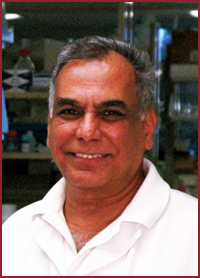 Dr. Roomi earned a doctorate degree in Biochemical Toxicology. He worked at leading scientific institutions in the USA, Canada and Germany. His research interests include cancer, drug metabolism, environmental and occupational toxicology, and others.

Dr. Roomi has published approximately 150 papers in international journals and scientific book chapters and gave numerous scientific presentations. He is a member of the American Association of Cancer Research (AACR), the Federation of American Society of Experimental Biology (FASEB) and others.